, /PRNewswire/ — ROCCAT, (Nasdaq: HEAR) award-winning -based PC peripheral brand, today announced that the and  are now available at participating retailers worldwide and from www.roccat.com. Since debuting in 2007, the Kone mice have represented the pinnacle of ROCCAT’s precision design and have delivered the competitive feature advantages serious PC gamers need to win. The all-new Kone Pro mice combine ROCCAT’s ridiculously fast Titan Optical Switch technology – which registers mouse clicks up to 100 times faster than standard gaming mice – with the signature feel of the brand’s fan-favorite Kone shape. ROCCAT has put over a decade’s worth of research into hand sizes, grip-types, and ergonomics to make the Kone Pro feel perfectly at home in gamers’ hands. Windows Central reviewed the Kone Pro, calling it “an exceptional gaming mouse” with a 4.5/5 review score plus their “Recommended” award. The Kone Pro series mice come in Arctic White and . The wired Kone Pro is available for a MSRP of , and the wireless is available for a MSRP of .

“The Kone Pro mice have become our most pre-ordered product since ROCCAT debuted the original Kone at Gamescom in in 2007,” said , ROCCAT Founder and General Manager for PC peripherals at . “We’ve continued to invest in the Kone and have been relentlessly refining and improving this iconic mouse design. It is why I started ROCCAT, and it’s why the Kone Pro series remains our premier performance PC gaming mouse.”

Weighing in at 66 grams and 75 grams respectively, the Kone Pro and are among the lightest gaming mice on the market. The Kone Pro series use ROCCAT’s Owl-Eye 19K dpi optical sensor for accuracy, as the high-performance sensor allows for precision translation from movement to gameplay. The Kone Pro comes with the PhantomFlex cable for a feeling of unrestricted motion. For even greater freedom, the Kone Pro Air is wireless, with dual connectivity possible via Bluetooth and the included wireless transmitter. The ‘s Rapid Charge feature provides five hours of gameplay with just a 10-minute charge, while  delivers over 100 hours of continuous gameplay with a full charge.

About
(www.turtlebeachcorp.com) is one of the world’s leading gaming accessory providers. The Turtle Beach brand (www.turtlebeach.com) is known for pioneering first-to-market features and patented innovations in high-quality, comfort-driven headsets for all levels of gamer, making it a fan-favorite brand and the market leader in console gaming audio for the last decade. ROCCAT brand (www.roccat.com) combines detail-loving German innovation with a genuine passion for designing the best PC gaming products. Under the ROCCAT brand, creates award-winning keyboards, mice, headsets, mousepads, and other PC accessories. Neat Microphones brand (www.neatmic.com) creates high-quality USB and analog microphones for gamers, streamers, and professionals that embrace cutting-edge technology and design. shares are traded on the Nasdaq Exchange under the symbol: HEAR.

While the Company believes that its expectations are based upon reasonable assumptions, there can be no assurances that its goals and strategy will be realized. Numerous factors, including risks and uncertainties, may affect actual results and may cause results to differ materially from those expressed in forward-looking statements made by the Company or on its behalf. Some of these factors include, but are not limited to, risks related to, the substantial uncertainties inherent in the acceptance of existing and future products, the difficulty of commercializing and protecting new technology, the impact of competitive products and pricing, general business and economic conditions, risks associated with the expansion of our business including the integration of any businesses we acquire and the integration of such businesses within our internal control over financial reporting and operations, our indebtedness, the Company’s liquidity, and other factors discussed in our public filings, including the risk factors included in the Company’s most recent Annual Report on Form 10-K, Quarterly Report on Form 10-Q, and the Company’s other periodic reports. Except as required by applicable law, including the securities laws of and the rules and regulations of the , the Company is under no obligation to publicly update or revise any forward-looking statement after the date of this release whether as a result of new information, future developments or otherwise.

All trademarks are the property of their respective owners. 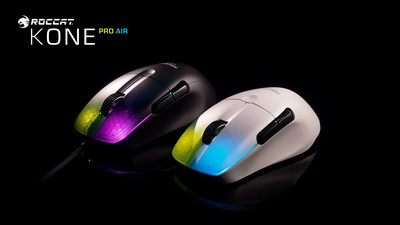